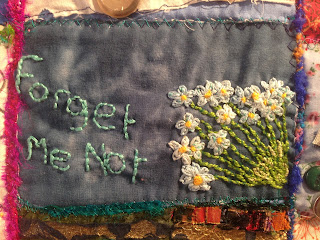 I've been ruminating on @sarasiobhan's devastating latest news from the police that they are dropping their case of corporate manslaughter on the grounds that Southern Health's negligence has been insufficiently 'gross' (https://mydaftlife.wordpress.com/2015/08/11/true-detectives-injustice-and-the-law/ ).

[As an aside, the following quotes are from Board papers very soon after the 'absorption' of Ridgeway: see http://dataforlb.blogspot.co.uk/2015/03/shrink-wrapped-part-2-shrinking-estate.html

“The division is also working closely with corporate services to ensure alignment of business plans e.g. an estates strategy will be developed that will support operational delivery. It is fair that there are both opportunities and challenges in relation to this, particularly on the Slade site in Oxford.” (COO Report, Divisional Update, 28 March 2013)."

“There are also some challenges in relation to the condition of some of the estate, particularly on the Slade site where buildings are now of an age that they need significant refurbishment. The Division will work closely with other Divisions to ensure that joint decisions and priorities are both understood and agreed” (COO Report, Divisional Update, 23 April 2013 - copied and repeated in the 29 May and 23 July 2013 Board papers)."

I don't know who it is, but some excellent dude has already done a Freedom of Information request about the due diligence process in the acquisition of Ridgeway. If you go to the Southern Health disclosure log here http://www.southernhealth.nhs.uk/foi/disclosure-log/ and search for FOI615 you will find their response to the FoI request.

I know my blogs generally invoke nausea, but in a literal rather than OMG sense I'm feeling pretty sick right now. KMPG (twice), Deloittes and an 'in house' team all did elements of this 'due diligence', and there must have been concerns about how it was done as PWC were then commissioned to do a review of the due diligence that was conducted.

Except for the last sentence, the rest of this post is verbatim from the FOI response, summarising the findings of the PWC review, with sections highlighted that I think are particularly relevant.

Some initial due diligence was performed in December 2011 by KPMG and, following the announcement of the Trust as the preferred bidder in March 2012, more detailed due diligence was performed by KPMG, Deloitte and an in house specialist Learning Disabilities team. A number of reports were considered by the Trust Board in May and June 2012 and at other times throughout the period covered by the review. KPMG was commissioned by the Trust to provide financial, legal, estates and workforce due diligence with Deloitte being commissioned to provide a high level assessment against Monitor’s Quality Governance Framework. In addition, the Trust’s in-house team also undertook some due diligence procedures at Ridgeway which, although these did not directly correspond to the requirements as set out in the manual, consisted of ‘a review to provide assurance relating to quality, safety and engagement.’

Since some of the due diligence process took place more than two years ago, a number of members of staff who were heavily involved in the transaction have left the Trust. The level of staff change, combined with incomplete central retention of documents by the Trust, made it difficult to establish a complete picture of events that occurred during the period covered by the review.

There were 4 main findings from the review summarised below:

1. There were comprehensive project plans in place for the transaction, including due diligence, but these were not clearly linked through to the 3 certification that the Board made to Monitor. The Trust provided the reviewers with a number of documents which together formed an overall project plan for the transaction, including the due diligence requirements, governance and timetable. The review of Board minutes did not find evidence that the plans went, in aggregate, to the Board for approval, but it was understood from interviews with Board members that they felt fully informed in relation to the transaction governance, due diligence and timetable. The Trust mobilised nine individual project work streams to deliver the transaction and each work stream had its own set of project plans and action logs. The work stream leads met on a weekly basis to discuss progress and there were monthly programme Board meetings. The Trust’s Investment Committee undertook detailed scrutiny of the transaction in the year leading up to the transaction date and made recommendations to the Board. A high level milestone plan was presented to the Board at its monthly meetings to summarise progress to date and matters arising. It was noted that the work undertaken by Deloitte and KPMG covered many of the areas of the indicative scopes included in the Manual, but it was not clear whether the Trust had consciously decided that other elements were not necessary given the scale and nature of the transaction, or whether commissioning of due diligence on these areas was omitted in error. In the course of interviews with staff and Board members the reviewers were told that the Board was comfortable that sufficient work had been undertaken for it to make the required certifications to Monitor, but the reviewers were not able to find written evidence within minutes and other documents that clearly linked the project plan, the due diligence outputs and the action plans to the certifications made by the Board to Monitor.

2. Some findings within the due diligence report, which were included in the Trust’s subsequent action plans, also appear in the recent CQC report on Slade House. There were key themes within the Deloitte Quality Governance report and the in-house Quality and Safety Review report that also appear in the CQC report at Slade House. These points were captured in the action plans that were prepared by the Trust in response to the due diligence findings but the fact that these issues continued to exist at the time of recent CQC inspection indicates that the action plans were not sufficient to fully, and permanently, address the issues identified. It was noted that some of the actions, particularly around changes to service models, may have taken a longer period of time to fully implement than then interval between the transaction date and the CQC report, and would have been dependent on commissioner agreement. 4

4. Board challenge and debate in relation to the transaction could have been more thoroughly minuted. The most cited transaction risks known at the time of the transaction, as recollected by the individuals we interviewed, were: Poor financial performance of Ridgeway; An outdated operating model at Ridgeway; The geographical distance of Ridgeway from the rest of the Trust; and The Trust’s management capacity, which was under pressure due to the ongoing integration work following the acquisition on 1 April 2011 by Hampshire Partnership NHS Foundation Trust of Hampshire Community Health Care NHS Trust and also the diversity of services provided by the Trust. These risks were evidenced as being presented to the Board during its meetings between November 2011 and November 2012, however, minuted discussion was limited.

In a legal sense this might be not be 'gross negligence', but it's disgusting.