Shrink Wrapped: The absorption of Ridgeway 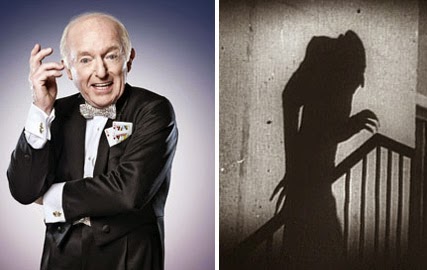 As reported by Andy McNicoll in Community Care, Oxfordshire County Council have been developing a ‘big plan’ for its services for people with learning disabilities, and it seems likely that this plan does not include a further contract with Southern Health NHS Foundation Trust for learning disability services in Oxfordshire (see http://www.communitycare.co.uk/2015/03/13/southern-health-set-lose-5m-learning-disability-contract-significant-concern-care/ ).

Oh frabjous day! Callooh! Callay! Has the Jabberwock been slain? And if is has, is it planning to whiffle off back to the tulgey wood with a big stash of cash in its claws that catch?

As @sarasiobhan first suggested last September (https://mydaftlife.wordpress.com/2014/09/01/sunshine-and-shade/ ), is it possible that the loss of its Oxfordshire learning disability contract may result in a financial windfall for Southern Health without any future hassle from those ‘non-Hampshire’ awkward types? If it loses the contract, does it get to keep (and sell off) the sites of its learning disability services in Oxfordshire, often in potentially lucrative locations? As yet the answer to that question isn’t clear (to me, anyway). However, on the basis that past behaviour is the best guide to future behaviour, I’ve been looking through Southern Health’s Board papers for clues about their financial strategy when it comes to learning disability services in Oxfordshire.

My template for looking at this is the behaviour of an asset stripping venture capital company, with stages something like this:

1) Identify a financially struggling company and acquire it at a knock-down price.
2) Reduce running costs as much as possible and don’t make expensive investments into the company.
3) Sell off the assets piecemeal under there’s nothing left except for any highly profitable elements that can be absorbed into other company or sold at a huge profit.

Surely an NHS Trust wouldn’t (and wouldn’t be allowed to) behave like this? Well, let’s see…

Part of this story lies far back in the mists of time (probably around 2010/11). At this point, the plan (bound into the Health and Social Care Bill 2012) was for ALL NHS Trusts to become Foundation Trusts, largely on the basis of plans for financial viability.

Ridgeway (also known as the Oxfordshire Learning Disabilities NHS Trust), a relatively small, specialist learning disability NHS Trust spread across Oxfordshire, Buckinghamshire, Wiltshire, Dorset and North East Somerset, was always going to struggle to meet the largely financial criteria that would enable them to go it alone as a Foundation Trust, and were running a substantial financial deficit of up to £1 million in 2011/12 (http://www.lgcplus.com/sponsored-sections/capsticks-social-enterprise/ridgeway-to-be-taken-over-by-non-neighbouring-ft/5040963.article# ). Clearly a limping wildebeest in the pack.

Ridgeway therefore were compelled to seek a ‘merger’ (although it was more often referred to as an absorption or acquisition) with a Trust that had already reached Foundation Trust status. My guess is that this was instigating and managed by the local Strategic Health Authority, South Central SHA, and they wanted as many loose ends tied up as possible before they went out of existence in March 2013, in the Year Zero of the Health and Social Care Act (see http://www.nhsconfed.org/resources/2013/03/service-redesign-case-study-the-southern-health-acquisition-of-ridgeway ). From 13 initial bids for Ridgeway, 6 were longlisted. These were whittled down to Calderstones and Southern Health (itself the result of a recent merger), with Southern Health named as the ‘preferred partner’ for Ridgeway in March 2012 (http://www.southernhealth.nhs.uk/EasysiteWeb/getresource.axd?AssetID=39988&type=full&servicetype=Inline ) for the absorption to happen in some haste, November 2012, just before Year Zero.

Why was this ‘financially struggling’ Trust so attractive to so many bidders?

First, in the world of NHS absorptions, you don’t have to pay over any cash for your acquisitions.

Second, it looks like the Strategic Health Authority pumped an unspecified amount of money into Ridgeway in its last year, perhaps to sweeten the deal.

So, the final accounts for the old Ridgeway Trust for 1st April – 31st October 2012 (actually produced by Southern Trust after the absorption and available in the Southern Health Board papers for 29th May 2013 http://www.southernhealth.nhs.uk/EasysiteWeb/getresource.axd?AssetID=71931&type=full&servicetype=Inline ) say this:

“The seven months to 31 October 2012 continued to be a challenging year financially with the Trust (Ridgeway) finding it difficult to reduce operating costs to match the reduction in income following the wholesale retendering of social care services by Oxfordshire County Council in 2011/2012 [all italics my emphasis]. As a result NHS South Central continued to provide transitional funding whilst the Trust worked with Southern Health to review and refine operating plans ahead of their formal acquisition on the 1 November 2012. Whilst the Trust was able to deliver a financial surplus over the seven months with the help of this financial support, this was slightly less than planned.”

Third, there was some heavy investment in two specific sites before the absorption, amounting to £1.9 million (these quotes also from the accounts):

“Building work was completed on the expansion and upgrade of the Assessment and Treatment services at Postern House in Marlborough. This was a major scheme that created six additional beds in a series of phases. It has also addressed longstanding issues around the fabric of the building, such as the roof, and improved the patient experience through improvements to the environment.

The refurbishment and expansion of the Assessment and Treatment services at the Ridgeway Centre (formerly 309 Cressex Road) at High Wycombe in Buckinghamshire was completed and opened in September 2012. This refurbishment programme makes this building a unique facility in the region and will provide a high quality, safe environment for patients that will be attractive to commissioners across a wide geographical area. This initiative supports the ambition to improve the strategic estate whilst delivering a planned vacation of leased estate thus reducing occupation costs.”

[Quite why the priority for investment was in expending Assessment and Treatment Units whilst government priorities pointed in exactly the opposite direction is a question for another day – perhaps building these up so other, shabbier ones, could be closed?]

A fourth element of the sweetened deal was an initial list of four buildings that Ridgeway had earmarked for sale but were not actually sold until after the absorption, with the proceeds planned to go to Southern Health rather than Ridgeway:

“Ridgeway had a number of buildings that have been declared surplus to requirement and are disclosed as ‘assets held for sale’ within the Trust’s Statement of Financial Position.

It will perhaps not surprise you that “The Trust worked closely with Southern Health on the development of a Ridgeway Estate strategy to support the operational requirements of the organisation.”

Finally, at the time of Ridgeway’s absorption by Southern Health, the value of the Trust’s property, plant and equipment amounted to £16.8 million. Southern Health’s annual report for 2012/13 (see here for details http://chrishatton.blogspot.co.uk/2014/03/a-public-accounting.html ) reports that fully £8.8 million of this amount was in the form of a ‘revaluation reserve’.

For some reason Mrs Merton’s question to Debbie McGee seems appropriate here: ”So, what first attracted you to the millionaire Paul Daniels?”
Posted by Chris Hatton at 00:00